This package has been created by the mastering engineer Andrea Zanini, founder of Owl Mastering. He has been using TrainYourEars with students since 2013. It contains 11 exercises designed by him to sharpen your frequency recognition.

Then unzip it and use the import button to load the exercises in TrainYourEars.

A good way of practicing these exercises is to listen to the isolated frequency (when the band pass filter kicks in) and then listen to the pink noise again.

Do so, back and forth, a few times. Now listen to the pink noise only. Can you spot that frequency and “mentally isolate" it as much as possible from the rest?.

Can you mentally shift from a frequency to another up and down on the spectrum? Imagine you engage an imaginary peak filter and sweep it up and down very slowly. Can you predict how it will sound?

This is easier said than done but this is an incredible exercise for your brain. Let’s be honest. You will not be doing so during an actual session but the fact that you kept practicing will turn your brain into an automatic “frequency radar” even though you are not aware of it.

The brain functions as a powerful "magnifying glass" depending on what aspect of the sound you want to analyze. At some point, pink noise starts to sound like it's made up of single "notes" and you will learn to pick the correct frequencies thanks to their relations in terms of octaves or smaller "intervals".

What kind of sonic character do you feel each particular frequency has? Try to label them in your mind according to what they sound like to you. I.e "1kHz is honky, 6kHz is somewhat "dry" and sibilant, 16kHz is "Airy", and so on. These characteristics are common to all sounds and all instruments.

TIP: Practice these "band pass" exercises with Pink Noise first and then using a couple of songs that you know very well in terms of instruments used, arrangement, and so on. Make sure these songs are in a different key too. You will discover interesting things.

10% No-Change probability and 1 second of silent going from the Source to the Eq'd sound and viceversa. Good exercise to warm up quickly.

Very useful exercise to practice EQ corrections on an imbalanced sound source by targeting the right frequency to fix. Target score: at least 90% of correct answers out of 50 attempts.

TIP: Listen to the original sound for a few seconds before attempting each correction, memorize it and once internalized, use it as a mental reference.

In this exercise, you will have to guess, over a wide range of frequencies (64Hz to 16kHz) whether a Low Cut or narrow 6dB-boosts / cuts have been used on the pink noise (10Q factor). The sound will deactivate after 2 seconds. Make sure you listen to the Eq'd sound only once! This forces you to memorize sound variations.

A good warm-up exercise focusing on high-shelving equalization on the high frequencies.

In this exercise you have to guess to what extent the low end has been filtered out from the original signal. Cuts of 6dB's are applied from 20Hz to a maximum of 315Hz. It is your task to guess out the right frequency (Guess Mode). Before moving on to the next exercise, you should score at least 93% of correct answers out of 50 random EQ changes.

Using pink noise makes it easier to discern tiny EQ variations as little as 1dB or even a fraction of a dB which are generally harder to spot on dynamic material. We will now focus on the lower part of the spectrum that is generally the most problematic when working with dynamic sources.

TIP: When you think of frequencies, think vertically.

The interval from 2kHz to 6kHz is where the attack of most percussion instruments is as well as voice intelligibility and presence. Too much of this range will cause listening fatigue. Just like in the previous exercise, practice until you start to easily recognize the sound of each frequency. Try varying the Q too.

Frequencies from 6 to 12kHz contribute to the sense of detail and definition of sound while frequencies above 16 - 18kHz are more felt than heard: some call it the "air band" as it gives the sound an open character. Too much power in these ranges and the sound will become brittle and harsh, resulting in an unnatural experience.

Do frequencies have a character? Sure they do. This exercise will help you mentally isolate the sound of a certain frequency band, (which is narrower than the previous examples - 3Q factor). How does it sound? Try to label it in your head (dry, resonant, honky, harsh).

This exercise adds a 10% no-change probability. Boosts and cuts are of 3dB's. We will focus on the midrange first. Why illusions? Sometimes you will perceive a cut on some frequency as a boost on another! This is why it is often said that one should try cutting first, rather than the opposite. Score at least 96% of correct answers out of 50 attempts.

You will have to find the EQ settings that gives you the sound original signal again. 3Q factor. 10% of No-Change probability.

If you have questions or feedback about this package you can send us an email and we will help you out.

And if you have developed some interesting exercises and you want to share them with the world, that's awesome! Send us an email and we will publish them here :) 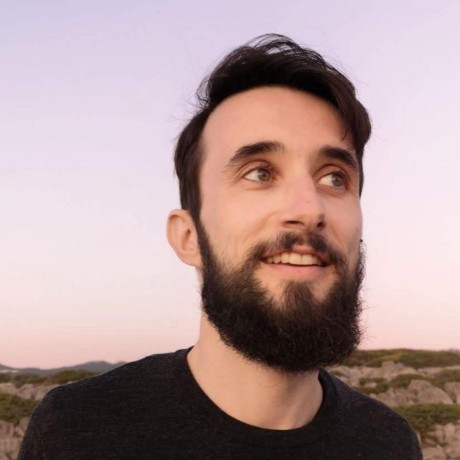